With the latest update of TrakIT, it is now possible for companies in different countries to work on the same cross-border shipment and use their own preferred currency as the base currency.

The currency selection is available right next to the company selection on the Finance view. 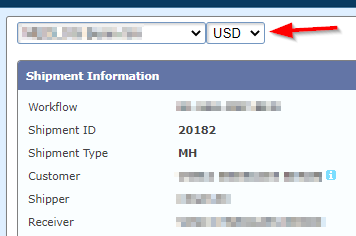